To say that this has been a bad week in the market would be quite an understatement. A market downturn of 10% from the peak is considered a correction and this week we experienced the fastest correction in US history, narrowly beating out the market drop in early 2018.

While there are some other factors that have played a small role in the selloff, it’s clear to me that the catalyst this time around is the Coronavirus. Specifically, the concern is that the draconian measures undertaken by China to control the spread of the virus will be enacted here in the US or in other developed economies.

Thankfully, pandemics don’t come around every day. However, because of their rarity, there is no established playbook. While past performance is no predictor of future results, looking at the history of the markets around the time of significant illness disruptions paints an eventually positive picture. During the Zika scare of 2015 and 2016, the S&P dropped 12.9%. Within 6-months, the market was up 12% and within a year it was up 17.5%. SARS, a disease with a significantly higher mortality rate than this virus, dropped the S&P 500 by 12.8% in 2003. Within 6-months, the market was up 14.6% and one year later the market was up by more than 20%.

Certainly, the global economy is different than it was in 2003. I do believe that China being out of work for the better part of a month will cause some supply chain disruptions, although having the scheduled Chinese New Year holiday shutdowns during the month will likely mute the upheaval.

So, what’s an investor to do going forward? I realize it sounds cliché, but the best thing to do is stay the course. From 1999 through the end of 2018, six of the top-10 days in in the market have occurred within two weeks of the 10 worst days. Missing just those 10 days drops the average annual return of the S&P 500 from 5.62% to 2.01% over the same time period, as you can see in the chart below. 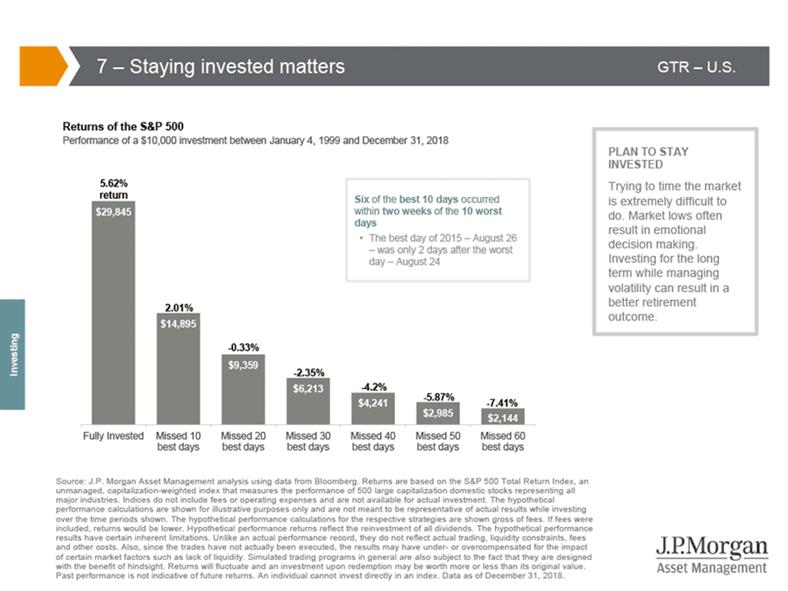 If you’re invested for the long term, history says this too shall pass. As you can see from the next chart, most of the time the market moves up within 250 trading days, roughly one calendar year. 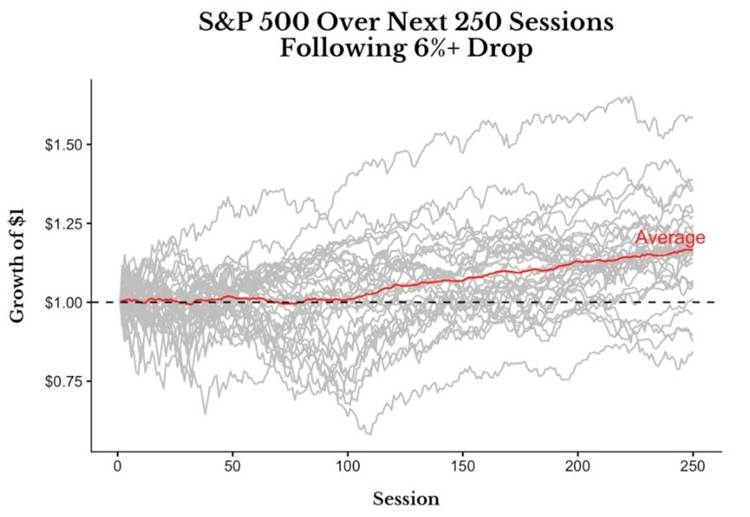 Corrections, no matter the cause, are normal. Bear markets (20% down) traditionally happen every 5-7 years. We’re quickly approaching the 11-year mark. The recent drop doesn’t feel good, and nobody wants it to happen, but it is normal in the investing world and those that can power through generally reap the rewards.

If you have any questions about the above or wish to discuss the markets with me further, please give me a call (616-942-7680) and I will give you and your questions my full attention.

Photo by Allie Smith on Unsplash